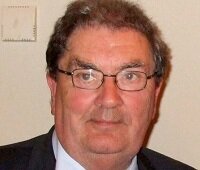 The Socialist International honours the life of John Hume, founding member and former leader of the Social democratic and Labour Party, SDLP, key architect of the Northern Ireland peace process, Nobel Peace Prize winner, and remarkable friend and comrade of the International.

John Hume has been a prominent figure in Irish civil rights history since the 1960s, becoming, at the age of 27, the youngest President of the Irish League of Credit Unions, an institution that worked diligently for the good of people across the island of Ireland. In 1969 Hume was elected to the Northern Ireland Parliament for Foyle as an Independent National, and, along with other MPs and political groups, formed the SDLP a year later.

In 1973 John Hume was elected to the Northern Ireland Assembly, serving as Minister of Commerce for a short time in 1974. Taking over from Gerry Fitt, Hume became SDLP leader in May 1979, a role he would hold until November 2001. He was a Member of the European Parliament for Northern Ireland from 1979 to 2004; a Member of Parliament for Foyle between 1983 and 2005; and a Member of the Legislative Assembly for Foyle between 1998 - 2000.

John Hume will be particularly remembered for the critical role he played in ushering in peace to Northern Ireland. He was devoted to bringing people together and to achieving a future of harmony and reconciliation for the Irish people. Hume contributed to the talks held between Sinn Féin and the British government, which preceded the 1986 Anglo-Irish Agreement, and continued his mission to establish dialogue after it failed. His negotiation and work with Gerry Adams resulted in the ‘Hume-Adams process’ which led to the 1994 IRA ceasefire and the subsequent peaceful conditions that were crucial for the debates and negotiations to secure the Good Friday Agreement.

The Good Friday Agreement peace accord was signed on 10 April 1998, ending decades of violence and conflict. At the Socialist International Council in Oslo, May 1998, Hume spoke on his dedication to finding a mutual agreement that would respect differences and initiate a healing process. At that Council, he said, most memorably, that ‘We are not a divided piece of earth… we are a divided people’. Later that year, in October 1998, John Hume was awarded the Nobel Peace Prize, along with David Trimble, leader of the Ulster Unionist Party, in recognition of his work and commitment for peace.

In November 1998, Hume gave another keynote address at the XXI Congress of the Socialist International in Paris. In his Congress Report, SI Secretary General, Luis Ayala, commended his tireless commitment to the cessation of violence, emphasising that Hume’s work underlined ‘the efforts of the members of our International in promoting peaceful, democratic solutions to conflict in all parts of the world’.

John Hume has earned a lasting place in the hearts of the people of Northern Ireland and of the Island of Ireland. During his lifetime he has stood in solidarity with many, joining hunger strikes and working attentively for human rights, and he has duly been awarded and bestowed with many great honours, among which include the Gandhi Peace Prize, the Martin Luther King Award, and, in 2010 he was named ‘Ireland’s Greatest’ in a public poll. In 2012 Hume was made a Knight Commander of the Papal Order of St. Gregory the Great by Pope Benedict XVI.

Hume is fondly remembered by our entire International, a global family whose thoughts are today with his family, friends, and all members of the SDLP at this time.

You are currently offline. Some pages or content may fail to load.